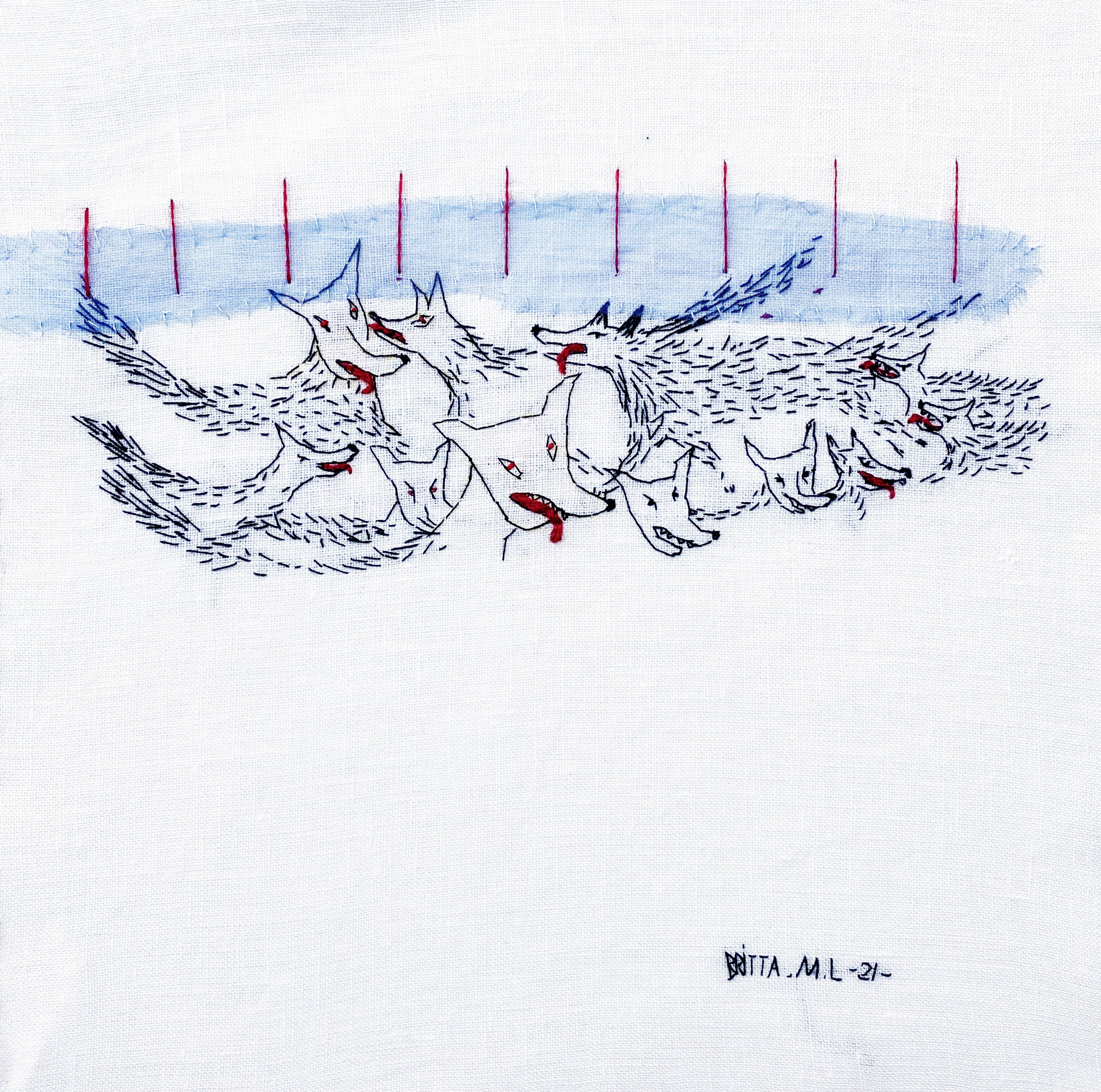 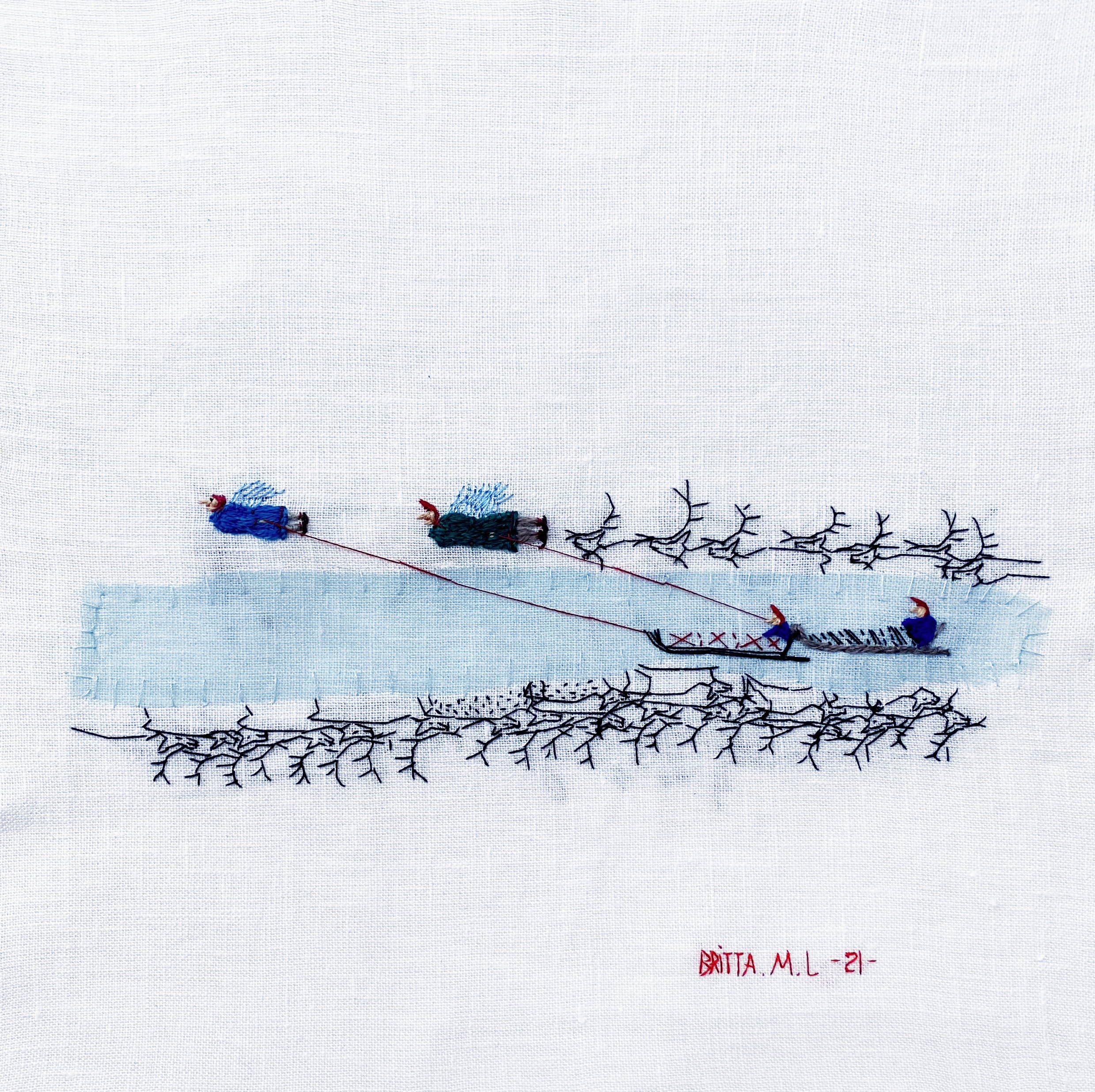 Britta Marakatt-Labba was born in 1951 and grew up in a reindeer herding family in Saarivuoma Sami village. She began her artistic career in 1979 after completing her studies at the School of Art and Design in Gothenburg. Early on, she became involved with other Sami newly trained artists in building and forming a Sami artists' organization.

Today Britta lives and works in Övre Soppero and has been an active artist for over 30 years. She made her big international breakthrough in 2017 when her 24-meter-long embroidery "History" was shown at the contemporary exhibition Documenta 14. The work was created between 2003-2007 and depicts Sami history and mythology. The embroidery is today permanently hanging in the University of Tromsø.

Britta's embroideries are miniature worlds shaped with a needle and thread. They contain scenes from everyday life, political reflections and stories about Sami culture and history. The magnificent nature and the white snow of the sparkling winter landscape are constantly present.