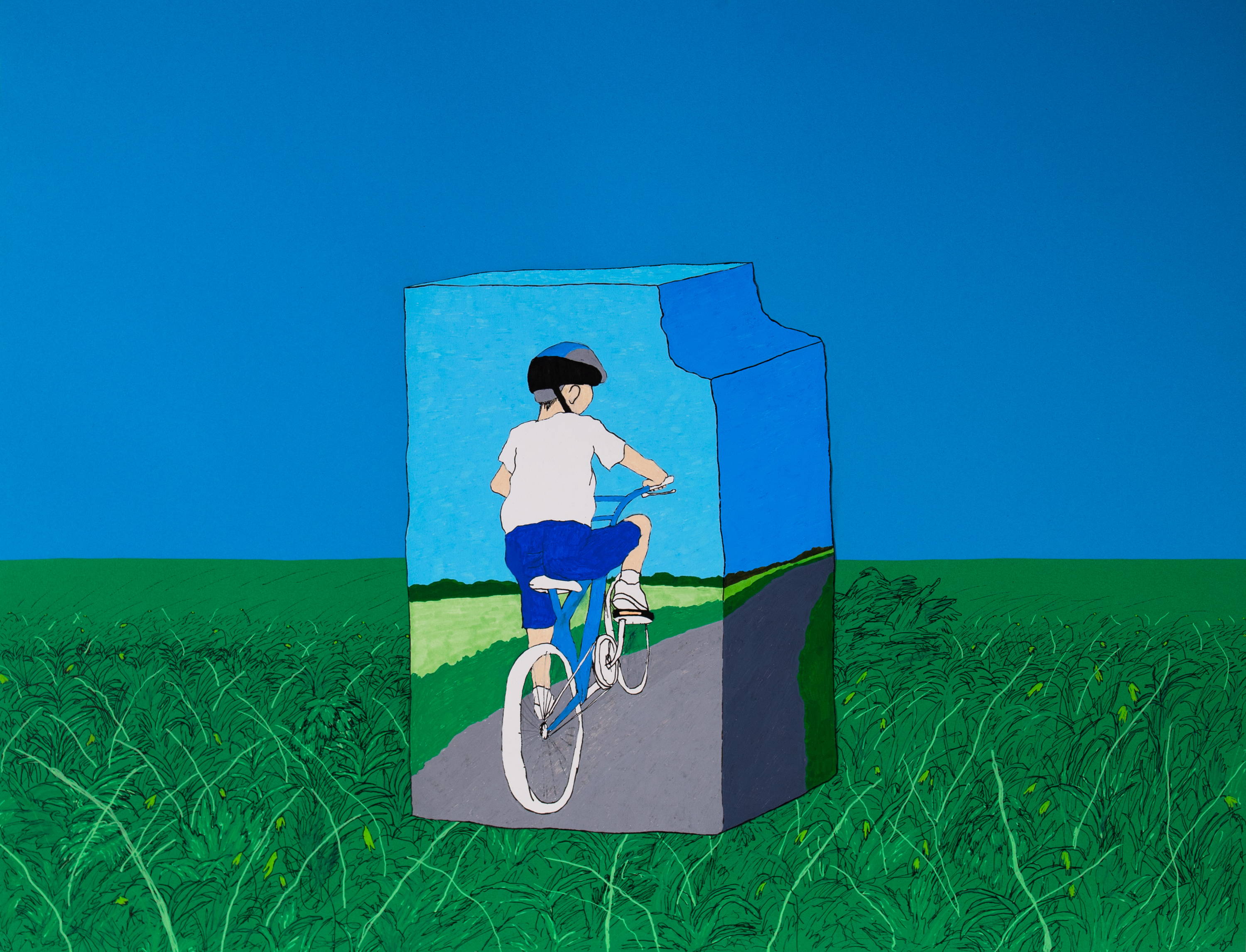 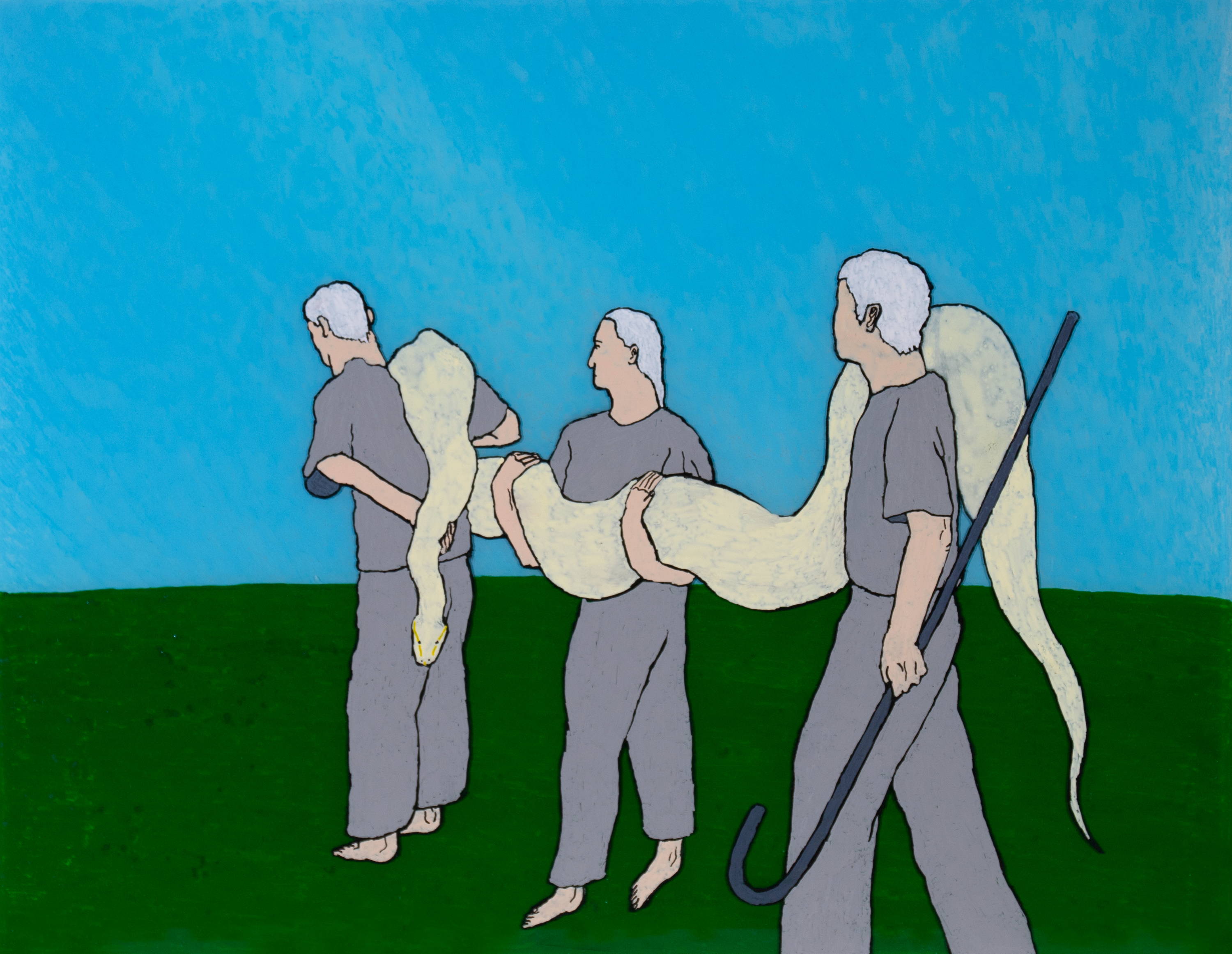 Palle Ankersen (b. 1995, Ängelholm) lives and works in Stockholm. He is educated at the Art School Munka and Östra Grevie Folkhögskola and is currently studying the bachelor's program in free art at Konstfack.

Palle works with drawing in various forms, on paper and glass as well as on collages of single-colored paper. He thinks of his images as worlds or scenes where fictional events reflect reality via an ambiguous symbolism. Stylized representations of nature and scenic spaces as well as composite elements from Renaissance painting, popular culture, science and religion are recurring elements in his drawings. With his debut exhibition at Galleri Helle Knudsen, The Milk of the Gods, Palle wants to show a kind of mythological propaganda and recreate images from lost or future civilizations.